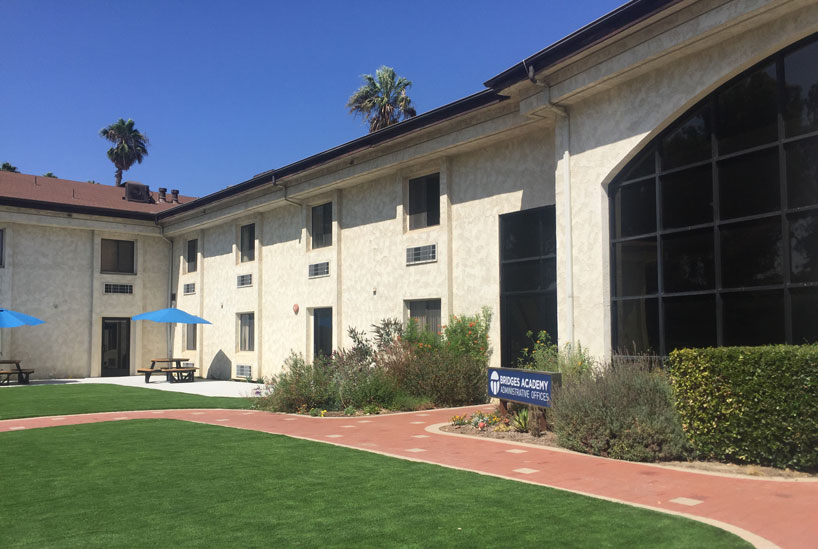 Our history is one of self-determination, self-discovery, and entrepreneurship. Founded in 1994, Bridges Academy initially hosted a small group of struggling students in an in-home tutorial setting. In previous settings, they had been failing their classes and, in some cases, dropping out of school entirely. Over time, the tutorial center came to understand their population as twice-exceptional (2e), students who are gifted and highly gifted but who also have learning differences. Bridges Academy, incorporated in 1998, was founded to educate this underserved population. Both the gifts and learning challenges of these 2e students make more traditional learning environments a difficult fit; Bridges Academy fills the unmet need.

In 1999, Bridges Academy joined the independent school world and was accredited by California Association of Independent School (CAIS) and Western Association of Schools and Colleges (WASC), giving it the flexibility needed to design curricular and instructional frameworks with the 2e student in mind. In 2011, Bridges Academy purchased the property in Studio City, CA, where it is now located. Bridges Academy has steadily transformed the campus to meet the needs of 2e students. What was once a high school, now serves grades 4 through 12; what was once in a living room now occupies three buildings on 3.48 acres.

Recognizing the need to educate 2e students everywhere, not just those lucky enough to access the Studio City, CA, campus, Bridges Academy’s Board and Administration saw an opportunity to evolve into a worldwide movement called the Bridges Education Group (“BEdG”).

We use cookies to ensure that we give you the best experience on our website. Continued use of this site constitutes acknowledgement and acceptance of this disclaimer.OkPrivacy policy